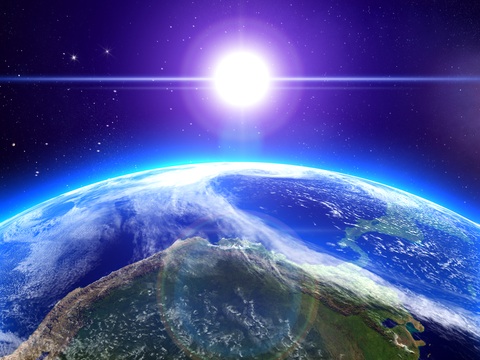 Buddhists call it the only Pure Land on earth. Andrew Tomas called it an “Oasis of Peace” – a beacon shining in the darkness of the planet.

In most Western countries Shambhala is known as a mythical or esoteric curiosity, but hardly at all as a real place. The idea of a paradise hidden somewhere among the valleys of High Asia, an idyllic region of peace and plenty inhabited by long-lived spiritual initiates of great wisdom, is rarely taken seriously. Yet there are those who believe not only that Shambhala exists but that it is one of the most important ideas of our time, with revolutionary implications for both the sciences and the world religions.

In 1933 the British author James Hilton wrote his best-selling novel, Lost Horizon, in which he immortalized a mystical Utopia in Middle Asia called Shangri-la, meaning Shangri Pass, a place that has now become one of the popular icons of our time. Shangri-la was situated in a hidden valley beyond the Himalayas, among the icy peaks of the Kun Lun mountain range, and sheltered a mysterious community of sages who possessed the secrets of longevity and strange psychic powers.

Hilton is believed to have modelled his fictional Trans-Tibetan Utopia on a similar legendary place in Asia called Chang Shambhala, northern Shambhala (so-called to distinguish it from another town called Shambhala to the south, in India). Chang Shambhala was a place of bliss Hilton had read about in the memoirs of Abbé Huc, a Catholic missionary who had travelled through Tibet in the nineteenth century. The Abbé learned about the kingdom of Shambhala from the Buddhist followers of the Panchen Lama in Shigatse. These Buddhists were members of an arcane brotherhood who claimed that the mystical kingdom lay somewhere between the Tien Shan and Altai mountains, evidently in the Dzungaria Basin, and that the Panchen Lama would one day re-incarnate as the King of Shambhala.ii

Huc was not the only source of Hilton’s information about the secret kingdom. From the end of the Middle Ages on, Catholic missionaries sent out to convert the Tibetans and the Chinese to Christianity had been bringing back reports about this wondrous place somewhere in Middle Asia, a natural paradise in which, so they were told, all the inhabitants were full of wisdom, justice reigned and suffering and old age were unknown. Although the way to it was difficult and dangerous and only the pure were granted admission, some lamas claimed to have visited the sacred land in dreams and visions, and occasionally even literally on foot, and had compiled a number of guide books showing the way. So vivid were their accounts that when the missionaries returned to Europe with their strange stories, the realm was included in a seventeenth-century map of Asia published by the Catholic authorities in Antwerp.

Although in the West the Shambhalic legend is still little credited, or at best assumed mistakenly to belong exclusively to the Tibetan Buddhist belief-system, nearly all races have enshrined in their folklore a sacred paradisaical place, hidden and incorruptible, closely corresponding to Shambhala – a gateway to higher worlds that only those gifted with mystical vision can fully enter. For there, so it is said, “the physical world joins the invisible realm of gods, and those who are privileged to be its dwellers are continually living in two worlds – the objective world of matter and the finer plane of spirit.”iii

Buy the book at THIS LINK 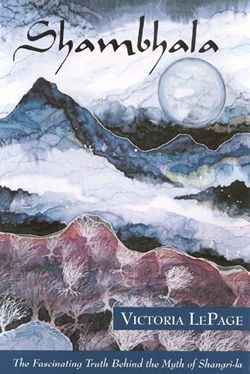 Shambhala:
The Fascinating Truth behind the Myth of Shangri-La
Victoria LePage