Data, statistics and credentialed testimonies were not a relevant part of the recent (March 12th) charade of a council meeting. In spite of credible and compelling testimonies by several Sedona residents, presenting the health and safety hazards associated with Smart Meters, the Sedona City Council was unmoved and unfazed. In fact, they had just come from an hour and a half closed-door Executive Session discussing the topic, and evidently came to the meeting with their minds already made up. One wonders why they bother the facade of a democratic hearing, inviting the testimonial input of the people they are there, in fact, to represent.

“We don’t have deep pockets to take on APS.” So says Councilman Ward, and maybe that sums up the cowardice of the current Sedona Council. In a meeting that opened with discussions on ensuring the care of our trailheads and that Sedona is inviting to tourists, when it came to the well-being of Sedona’s residents (and actually tourists as well), the Council was remarkable tone deaf.

Sedona citizens are calling for an immediate Emergency Ordinance and Moratorium to prohibit the installation of Smart Meters in the City of Sedona, until they are proven 100% safe and secure by independent, expert parties.

Councilwoman Barbara Litrell, supported by Councilman Dan McIlroy, gave an impassioned and compelling presentation for an ordinance and moratorium for a no-fee, community-wide opt-out. In spite of this, the rest of the Council and the Mayor refused to take this action and as a result, this March 31st the monopoly utility APS will begin to install their controversial smart meters in Sedona.

The one current action all Sedona residents have available to them is to “opt-out” on having a Smart Meter installed at their home. (provide link for this instruction)

The Council closed the discussion with the decision to file a motion to intervene with the ACC (Arizona Corporation Commission) on the opt-out fees. Mayor Adams wrapped up by asking: “What about the other 9,900 Sedonians?” (That weren’t present at the meeting.) Well maybe he and the Council should be hearing from some of them.

Meet in person: make an appointment to meet with a Council person to voice your stand directly. 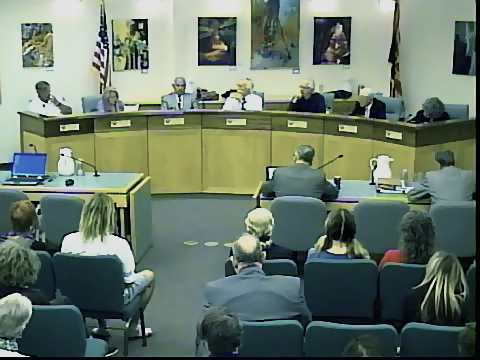 “I am calling to demand an immediate Emergency Ordinance and Moratorium to prohibit the installation of Smart Meters in the City of Sedona, until they are proven 100% safe and secure by independent, expert parties.

“I expect our elected officials to abide by the will of the people on this issue.”

“I am demanding an immediate Emergency Ordinance and Moratorium, as part of the Nuisance Code, to prohibit the installation of Smart Meters in the City of Sedona, until they are proven 100% safe and secure by independent, expert parties.

“These Smart Meters raise a serious threat to the life and well-being of human beings and all biological beings, as well as the reputation of Sedona as a destination point for healing and rejuvenation. As they are currently designed, the Smart Meters cannot be secured to ensure personal privacy and prevent hacking.

“Please be on notice that any elected or appointed Council member or official who willfully ignores the will of the people on this issue will be open to a recall election to be removed from office.”