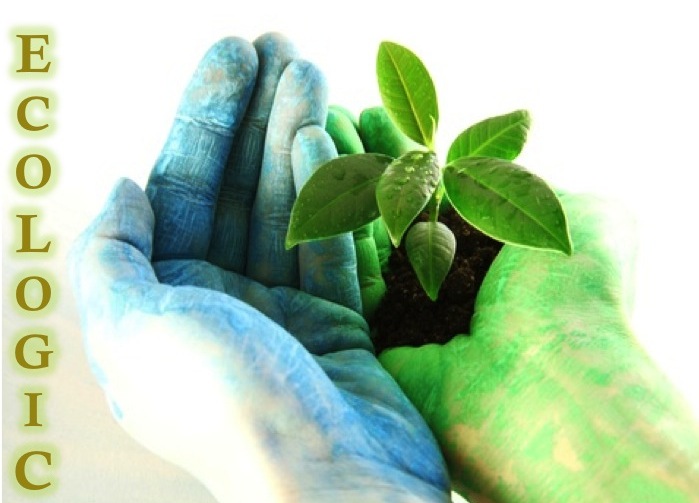 The ‘grid’ and its effect on our lives is something very few think about with more than a passing thought.  Far more than the electricity lines, gas, water, and sewage that make modern living a reality, the grid is the big energy industry, comprised of the corporate conglomerates that slyly shape  nearly every facet of the socio-economic and political playing field.

Luckily a growing group of passionate anti-gridders, who are bringing their innovations and creative solutions to the Energy Debate with success, are doing so despite the impediments so cunningly imposed upon their progress. This off-the-grid counterculture; a loosely hung band of eco advocates are roving the land, constructing sustainable homes, both big and small, in desert, beach, or mountain enclaves, some lavishly adorned with the latest amazing eco-tech trends, and some primitive-  all making fast tracks from the modern energy grid.  We are going to take back the land, the air, the water and the fire, overcoming the pervasive myth that sustainable development at the personal and community level is too costly. This article will deliver some interesting information about how to cost-effectively transition into the off-grid home of our dreams.

The off-grid housing market attracts a far more diverse crowd today than it did just ten years ago, particularly because costs keep coming down. The market is growing at a sustained rate of ten to fifteen percent a year in dollar terms since 2000, and according to maverick, off-grid architect Nick Rosen, by 2007 there were approximately three hundred thousand off-the-grid households in the United States. Today, the estimate has surpassed half a million at 520,000 homes and up to a million people living off the grid, either legally or unofficially. Taken together they create a kaleidoscope of a rapidly changing social movement.

Well-developed off grid places like Taos, NM, have famous Earthship communities, made from virtually cost-free recycled materials and powered by solar cells. Literally thousands of people  have realized that rising utility bills and decreasing energy supplies don’t equate to long term sustainability, or stability. Of the energy used to generate electricity inside fossil fuel or nuclear power plants, only a pitiful thirty-one percent actually makes it all the way to homes, offices, and factories. A majority of the electricity is actually lost in the process of producing the electricity itself, and the rest is lost through the transmission process as the currents whizz around the country along the power lines. With most homes using brand name standard appliances with poorly developed energy saving efficiencies, “usable energy can drop to as low as twelve percent,” laments expert Rosen.

Not enough people have heard of the Taos communities where people live off free energy from the desert elements, the off-grid island communities in the Florida Keys that have pioneered small-scale hydroelectric generators to take care of their energy needs, or the growing number of city dwellers in New England who stand against serfdom with solar, wind, and photovoltaic combined. Rosen interviewed “Denise”, a former Lower East Side resident, who “for less than a hundred thousand dollars had a ten-acre estate a half-day’s drive from Manhattan, and scenically situation on a river no less”. She realized renting was getting her nowhere. “Lynn”, a resident of Ojai, California, also purchased and off-grid home just outside the city. “She paid $195,000 for the house in 2000. ‘You couldn’t find anything in town for less than $250,000 at the time,” she said. Like a normal house before the housing crash, her off-grid home appreciated substantially, “her property was valued at $450,000 at peak”, making off-grid viable investment options.

Besides savings and life-long freedom from utility bills, there is still a widespread belief that off-grid homes are too costly, both in terms of material costs and time. Mike Reynolds, the architect entrepreneur responsible for revolutionizing the Earthship design seeks to reverse that paradigm. By having owners participate in the construction of their own Earthship homes, Mike Reynolds reveals that “the building costs can be reduced by up to 40%.  Reynold offers seminars every few months where people fly from around the world to learn from the Earthship Team how to pack tires with dirt, make adobe stucco for insulation, erect rainwater capture systems, install compositing toilets and solar panels on their homes. There is also an Earthship Intern Program and Earthship Biotecture Academy where environmentally orientated students and aspiring Biotecture builders can come to the Taos, NM high desert and learn the skills of off-grid design in depth.

In Rosen’s interviews with Earthship community residents, home costs ranged from $99,000 to over a $1 million for Earthship homes, depending on square footage and home appliances, but it is perhaps the speed with which they can be erected, sometimes in as little as thirty days with a ten person work crew, that makes the design so alluring.

Earthships have also become particularly popular in Britain as response to its low-cost housing crisis, and also, ironically, its amounting piles of 40 million old tires a year. “The homes currently under construction may not look like a typical des res but at a cost of £40,000, including solar power, your own water supply and sewage system; the houses are quickly providing solution to the UK’s low-cost housing crisis, something the United States should  embrace since Earthships have become a global phenomenon, tweaked to fit almost any environment.

Most off-grid homeowners either invested up front moneys to buy or build an off-grid home outright, or have added sufficient renewable energy installations to their preexisting home to free themselves from the grid. But perhaps the greatest deterrent to making off-grid a viable option for more families and buyers is that few nation-wide lenders like Fannie Mae and Freddie Mac grant loans or feasible mortgages to perspective off-grid buyers. There have been several success stories of private lenders, but more often then not lenders are skeptical.

This being said, there is a national option in the works, and given enough public support there may be a turning of the tides in favor of off-grid mortgage lending. PACE, “Property Assessed Clean Energy” financing supports energy efficiency and renewable energy projects by providing up-front capital that is subsequently paid back through a special assessment on participant’s property taxes. In addition, cities like San Francisco and Sacramento, and states like Florida have already implemented PACE, and have in turn seen a tremendous upsurge in off-grid investments since its inception. PACE emerged in 2008 with a pilot program in California and quickly caught the attention of communities around the country.  In just two years, enabling legislation was passed in 23 states and is being considered in nearly 20 more.  Early California programs in Sonoma County and Palm Desert were soon followed by ones in Boulder County, CO and in Babylon, NY, revealing that home lending is in fact becoming increasingly accessible in many parts of the country, with payback plans ranging from the standard ten to thirty years.

The final myth that has stunted off-grid investment has been the perception that off-grid means rural living, which is often the image that comes to mind when one thinks of the desert Earthships or mountain cabins far from the urban centered grid life. But sustainable urban and city development, as the emerging frontier of off-grid innovation, has actually opened the doors to not only mainstream applicability, but applicability on a global scale, even in developing second and third world countries where the construction of sustainable, livable communities is paramount.  The technology is finally here, but it’s just begun its journey into the societal “mainstream”.

With the increasing cost of energy, visionaries like VETA Communities, a zero net energy development company that produces modular homes, designs them to be stacked one on top of the other in any environment, including metropolitan cities. ZETA founder and President Naomi Porat envisions cities as her company’s biggest market.

Redefining space is hardly a new concept, but ZETA Communities is going far beyond, by rethinking the very means of home production itself. “At the ZETA Communities factory, modular homes are built in assemblies of floors, walls and ceilings, rather than piece-by-piece. Astonishingly, a 1,500 square-foot home can be built in just a single day. These high energy-efficient homes are designed to ultimately produce “net zero” emission footprints, applicable to their 300 square-feet “micro studio”, to their family and “multi-family” community development projects, even to commercial buildings and schools which ZETA has been contracted to do in places like California, Japan and Denmark. Achieving “net zero” emissions is realized primarily through rooftop solar panels that can provide the entire home’s power, as well as through the use of high-tech insulation materials and energy saving home appliances. The key is less space, but the trick is you won’t know it.

ZETA architect Taeko Takagi says: “The psychology of convincing someone is to provide very simple things, like enough storage or a large sink, so that the person who’s using it doesn’t feel like they are lacking or living smaller and everything is miniaturized.”

“Net zero” homes are about as off-grid as most will be able to achieve in the cityscape environment. With rising populations, declining natural resources like timber and fossil fuels, affordable and realistic homes must see a dramatic incarnation into mainstream architecture if we are to aim for any sort of national and international sustainability in the global age. Between the mode of production in the highly efficient assembly lines that utilize LEED certified building materials from one localized source contracted by the company, to the ability of constructors to avoid hold ups due to weather, and ultimately the capacity to stack each home on top of another in urban settings, ZETA Communities truly represents a new generation in sustainable development designed to meet the needs of a fast growing world.

The future vision of ZETA Communities and others like it represent major leaps forward for off-grid development initiatives in the movement’s history, with countless other community initiatives taking place around the world. “Eco-cities” like Austin, San Francisco, Chicago, Seattle, Cambridge and Boston, and of course, Taos propel meaningful projects forward through individual participation. Though not completely utilizing off-grid infrastructures, many of these communities have localized ‘trade economies’ with token money for locally grown foods, co-ops, community gardens, and at the very least L.E.E.D building standards. Today, pioneering low cost, modern, “net zero” energy homes are available in a way they never have been before. So “off-the-grid” is on its way to towns, cities and communities, spawning greater independence, savings, healthier lifestyles and less waste with a price tag worth considering.

Rosen, Nick. Off the Grid: inside the Movement for More Space, Less Government, and True Independence in Modern